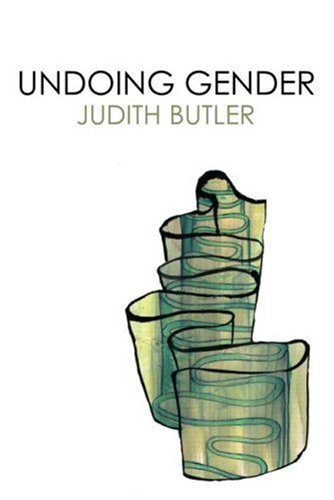 Reading Butler is truly a worthwhile exercise for the mind interested in gender, queer theory, and human life in general. Undoing Gender is essentially a revision of Butler’s groundbreaking book entitled Gender Trouble, which was originally published in 1990. In Undoing Gender, Butler not only adds more nuance to the concept of gender performativity, but she also puts into question the very parameters that we use to devise the concept of the human. This is by far the most accessible book of Butler that I’ve read as of now. The more you read Butler, the more things begin to click and make sense–and although she still makes use of her trademark (dense and elusive) prose, most of her claims are poignant, accessible, and most importantly, insightful.

What makes life bearable for me? What makes life bearable for others? What makes us human? What are the elements that constitute a human ontology? These are some of the questions that Butler brings forth throughout the introduction to Undoing Gender. Butler highlights the fact that the parameters that have been used to approach, recognize, and categorize humans have always been in flux, and even more so, these parameters are not natural or essential, but rather , socially constructed. The greatest issue with the criteria used to define the human is that they are many times restrictive and paradoxical; the criteria that is used to grant the status of a human to one individual may deprive another individual from achieving this status:

On the level of discourse, certain lives are not considered lives at all, they cannot be humanized; they fit no dominant frame for the human, and their dehumanization occurs first, at this level. This level then gives rise to a physical violence that in some sense delivers the message of dehumanization which is already at work in the culture. (25)

This leads Butler to allude to her concept of the “unreal” life, which denotes individuals that have been denied access to a legitimate human existence through the power of discourse. For instance, notions such as skin color, ethnicity, sexual orientation, birth, and social class have been some of the concepts used to classify some as human while at the same time preventing others from being approached as such. If one is unable to be framed within the discursive and normative markers of identity that are used to approach and categorize humans, one is not only queered and otherized, but ultimately, one runs the risk of facing violence or of living an unbearable life because one does not count with the constituents of normative privilege. Because of this, Butler calls for a more open and permeable definition of humanity that allows room for change, in order to allow livability and freedom to thrive:

The necessity of keeping our notion of the human open to a future articulation is essential to the project of international human rights discourse and politics. We see this time and again when the very notion of the human is presupposed; the human is defined in advance, in terms that are distinctively, western, very often American, and, therefore, partial and parochial. (36-37)

Butler’s call for a plastic and flexible definition of the human is due first and foremost to the inability of current definitions to account for all of the legitimate modes of being and existence that are currently found within our society. This project of expanding the parameters of human definition also comply with the overall aim of this book, which is to illustrate the effects of undoing “restrictively normative conceptions of sexual and gendered life” (1). It is Butler’s belief that through the eradication of normative restrictions, one not only changes his or her perspective of the self, but ultimately, this shift of perspective will pave the way for other selves to flourish in a more livable and accommodating world.

the “I” that I am finds itself at once constituted by norms and dependent on them but also endeavors to live in ways that maintain a critical and transformative relation to them. This is not easy, because the “I” becomes, to a certain extent unknowable, threatened with unavailability, with becoming undone altogether, when it no longer incorporates the norm in such a way that makes this “I” fully recognizable. (3).

What this means is that even though one needs recognition to live, one may very well feel restricted by the very parameters that are used for this recognition. In order to illustrate this notion, Butler brings up the example of intersex children in order to concretize the continuum of human morphology, and how the norms that regulate the body do not approach these subjects as human. When a child is born intersex, doctors and parents sometimes make the decision of choosing the child’s sex without giving the child the opportunity to explore venues of being within the world. Intersex children evidence the futility of the male/female binary that is imposed upon humans, and it illustrates the spectrum of bodies that legitimately exist in the world. However, because the intersex child is unable to fit within the parameters of the normative male/female binary, intersexedness is approached by the status quo as a pathology.

Interestingly, Buler points out that the very discursive concepts that pathologize gender and sexual identity allow for its recognition. She alludes to the instance of transgender individuals who are able to make legitimate insurance claims that allow them to receive sexual assignment surgery–which in turn allows them to obtain a livable life. However, one must question why these markers of identity are necessary, and even more so, one must consider whether upholding a normative and binary gender system is enough to account for all of the lives that exist. Butler mentions how intersexuality and transexuality raise important concerns for queer theory, especially when focusing on the fact that queer theory, in essence, is supposed to be opposed to all forms of normativity and binaristic thinking. When an intersexual or transexual individual chooses to live as a particular sex, it can be said that they are buying into the normative regulation of binaristic sexuality. As Butler points out:

If queer theory is understood, by definition, to oppose all identity claims, including stable sex assignment, then the tension seems strong indeed. But I would suggest that more important than any presupposition about the plasticity of identity or indeed its retrograde status is queer theory’s claim to be opposed to the unwanted legislation of identity. (7)

I found Butler’s approach towards queer theory to be very useful and insightful. When it comes down to it, when we approach all forms of stability and “normativity” as negative, we resort to using the very types of binaristic thinking that queer theory seeks to dismantle. Thus, Butler emphasizes that more than anything, queer theory seeks to challenge the unwanted prescription and regulation of the body and identity. She argues that in due course, stability is an element that is absolutely necessary in order for a livable life to manifest. If the condition of individual is unlivable within the boundaries of a particular culture or society, then it is completely understandable  for that individual to seek out remedies that will allow that individual to live comfortably and freely. According to Butler, projects dealing with identity politics, such as queer theory, are ultimately focused on “distinguishing among the norms and conventions that permit people to breathe, to desire, to love, and to live, and those norms and conventions that restrict or eviscerate the conditions of life itself” (8).

Expanding on the notion of gender performativity as a relationship of power that extends beyond the self, Butler emphasizes the fact that the body also deviates from the individualism that is typically assigned to it. Although we may approach our bodies, as Susan Bordo would put it, as sites of struggles, we must admit that this struggle is not one of the self versus the self, and that the public dimension is very much implicated within conceptions of the body:  “constituted as a social phenomenon in the public sphere, my body is and is not mine” (21). Despite this notion of the body belonging both to the self and the public, Butler asserts that it would be erroneous to assume that legal definitions of personhood and humanity are sufficient to account for the totality of one’s being:

Although this language might well establish our legitimacy within a legal framework ensconced in liberal versions of human ontology, it fails to do justice to passion and grief and rage, all of which tear us from ourselves, bind us to others, transport us, undo us, and implicate us in lives that are not are [sic] own, sometimes fatally, irreversibly. (20) 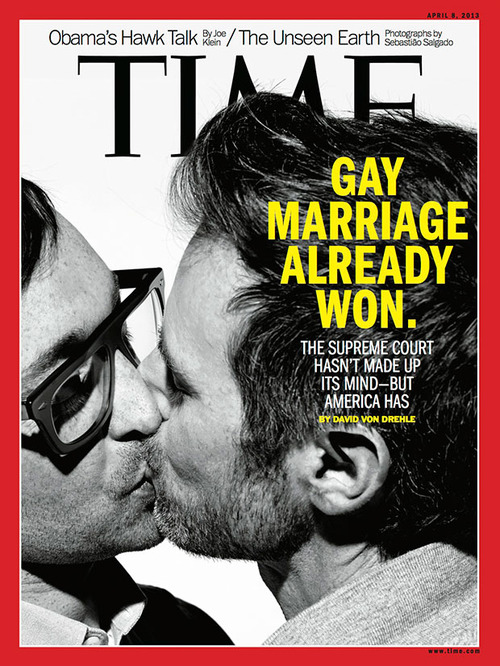 Butler’s ideal of livability is particularly useful for approaching other issues and phenomena that seem to be at odds with the overall aims and goals of queer theory. What immediately comes to mind at this point is the issue of gay marriage. While today, there seems to be an increasing acceptance of gay marriage as a legitimate way of living within the United States, some may view this acceptance as a compliance with normativity. However, if one were to enforce a resistance to gay marriage as a form of protest, doesn’t this enforce the attitudes of legislation and regulation of identity that queer theory strives to obliterate? What if two queer individuals want to get married, or perceive marriage as an act that will enable a more livable and free life? As Butler posts, “marriage and same-sex domestic partnerships should certainly be available as options, but to install either as a model for sexual legitimacy is precisely to constrain the sociality of the body in acceptable ways” (26). In other words, gay marriage should definitely be an option of living within contemporary society; however, the advent of gay marriage should not enforce this type of union as the only legitimate or acceptable form or union amongst individuals with queer communities.

Furthermore, Butler believes that when an unreal life is introduced into the norm, this does not necessarily imply that assimilation is taking place. Rather than buying into the myth of complete integration within the system, Butler believes that incorporation of the unreal within the domain of reality leads to ” something other than a simple assimilation into prevailing norms,” and that ultimately, the “norms themselves can become rattled, display their instability, and become open to resignification. (28)

I will conclude this post with one of the most resounding passages that I identified within Undoing Gender. Butler, in due course, seems to be keen on the notion of fantasy, and the ability of fantasy to provide a utopian potentiality that can very well become a reality. As Butler eloquently puts it:

The critical promise of fantasy, when and where it exists, is to challenge the contingent limits of what will and will not be called reality. Fantasy is what allows us to imagine ourselves and others otherwise; it establishes the possible in excess of the real; it points elsewhere, and when it is embodied, it brings the elsewhere home. (29)

It is fantasy that ultimately allows one to carve our possibilities of being within the world. It is an envisioning outside of the parameters of reality that unreal subjects are able to work  for and towards a more livable mode of existence. This passage also evidences the emancipatory potential of fiction–one can only begin to imagine the possibilities that can be achieved when embodying and reifying the “otherwise” beyond the scope of reality–an otherwise that fiction is more than willing to provide.

3 thoughts on “Towards a Livable Mode of Existence: Judith Butler’s [Undoing Gender]” 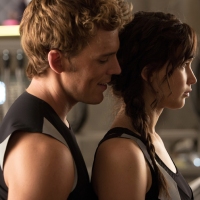 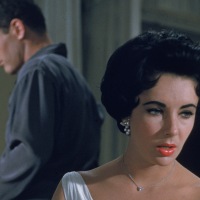 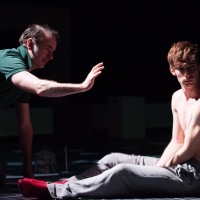 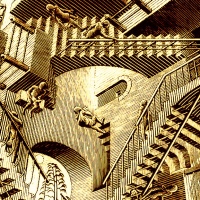 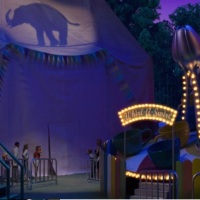 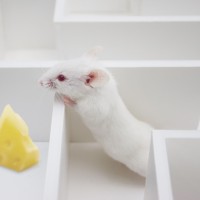 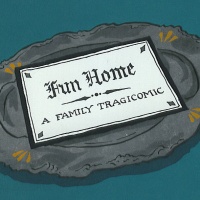 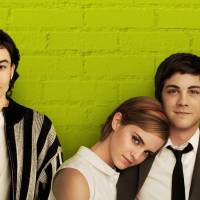 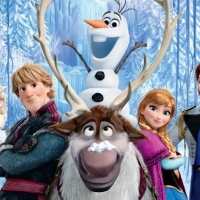 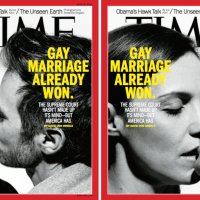