Front Cover of Harry Potter and the Sorcerer’s Stone

Little can be said of the Harry Potter franchise that hasn’t already been said. Not only has Harry Potter become one of the most lucrative book series in history, but it has also won countless awards and cemented J.K. Rowling’s position as a tour de force of children’s literature. It has been adapted into a series of eight films that have introduced Harry and his friends to non-readers, and the lives of Rowling’s characters continue to thrive in the imaginations of readers through book discussions, fan fiction, and online interactive social networks such as J.K. Rowling’s Pottermore.

As a lover of children’s and young adult fiction, it should come as no surprise that I was (and continue to be) a huge Harry Potter fan. I attended Borders bookstores religiously during their midnight releases of the latter books. I always watched the films on the night they premiered. I even recall having my own mini cauldron and wand set as a kid. However, it has been almost eight years since I’ve read the first book of the series. I remember reading it countless times as a teen, but as always, life gets in the way when it comes to revisiting older books, especially when your life is devoted to reading and writing! Thus, I was really glad to have the chance to revisit Harry Potter and the Sorcerer’s Stone (Philosopher’s Stone for my readers in Canada and the UK) as a reading for my doctoral examinations, and I was surprised to notice a lot of details that I had not noticed before.

Of course, this is primarily due to the fact that I’ve been “trained” how to close-read and how to analyze all types of literary texts, but it also has to do with my changed perceptions and ideologies as an adult. One of the biggest surprises during my reading was re-encountering the portrayal of Rubeus Hagrid in this book, especially since I am not more attuned to the nuances of gender and sexuality within contemporary literature. From the moment Harry firsts encounters Hagrid, we are offered an almost “paradoxical” character that seems to challenge conventions and norms of gender. This challenging is made quite apparent in the films, but I think the book offers an opportunity to slowly and carefully consider Hagrid’s position as a gendered subject (a portrayal that becomes even more interesting in later books as his character development focuses on the fact that he is a half-giant).

Hagrid challenges essentialist views of gender through his performance, in which his gendered attitudes and behaviors have little or nothing to do with his biological sex or his physical appearance. Hagrid’s appearance seems to embrace every traditional aspect of masculinity that one could invoke: he is large, his appearance is shaggy and unkempt, he has a booming voice, his hands are bigger than a normal human’s face, and let’s not forget about that manly beard and the tangled hair. However, this physical appearance is contrasted by a warm and inviting personality, and a degree of sensitivity that is not really expected when one first sees him. Hagrid bawls when first abandoning Harry at the Dursley’s home. When he later reconvenes with Harry on his eleventh birthday, he greets with with a cake, and Harry makes note of the fact that Hagrid makes use of a “tattered pink umbrella” (56) to conjur simple magical spells. Pink is a color that has obvious connotations to femininity, so it may be surprising for some to see such a large man carrying an umbrella of this color (even in the film, the umbrella is pink, but I’ve never noticed this detail before).

Hagrid’s character continues to challenge gender stereotypes later on in the novel, after he hatches the dragon egg that was given to him by a mysterious person at a tavern (who turns out to be professor Quirrell). After the egg hatches and Norbert the dragon snaps at Hagrid’s fingers, the half-giant exclaims that “he knows his mommy!” (235), and he continues to reference himself as the dragon’s mother later on in the novel. On one hand, it seems that Rowling is tapping into the trope of the “gentle giant,” but one must come to wonder why such gendered connotations were used to highlight and emphasize Hagrid’s gentleness. Others may deem that Hagrid’s embrace of masculine and feminine qualities is simply present to invoke laughter within the reader, seeing as the character’s maternity, femininity, and sensitivity clash immensely with the masculine physical appearance of the character.

Though to some extent these aforementioned interpretations may be true, I would like to believe that Hagrid is yet another manifestation of the issues of hybridity that Rowling actively challenges in the series. Characters that are caught between two worlds or categorizations are of utmost importance in the world of Harry Potter, for they contest the notions of purification (and to some extent, eugenics) represented by evil characters such as Voldmort. This makes complete sense when we observe that Hagrid embraces hybridity in more than one sense of the word: he is half human and half giant, he is magical yet forbidden to practice magic (thus increasing his liminality), and he embraces prominent aspects of both femininity and masculinity. For these reasons, I believe that Hagrid’s ambiguous gendered nature is much more than a nod to comedy, but rather, that it is an essential character trait that adds depth and complexity to an already fascinating character.

In what other instance does gender and hybridity play a role in other Harry Potter characters? Are there any other characters in the franchise that challenge gendered norms and stereotypes? Feel free to discuss this below!

4 thoughts on “Harry Potter and the Pink Umbrella: A Gendered Analysis of Hagrid” 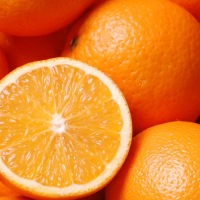